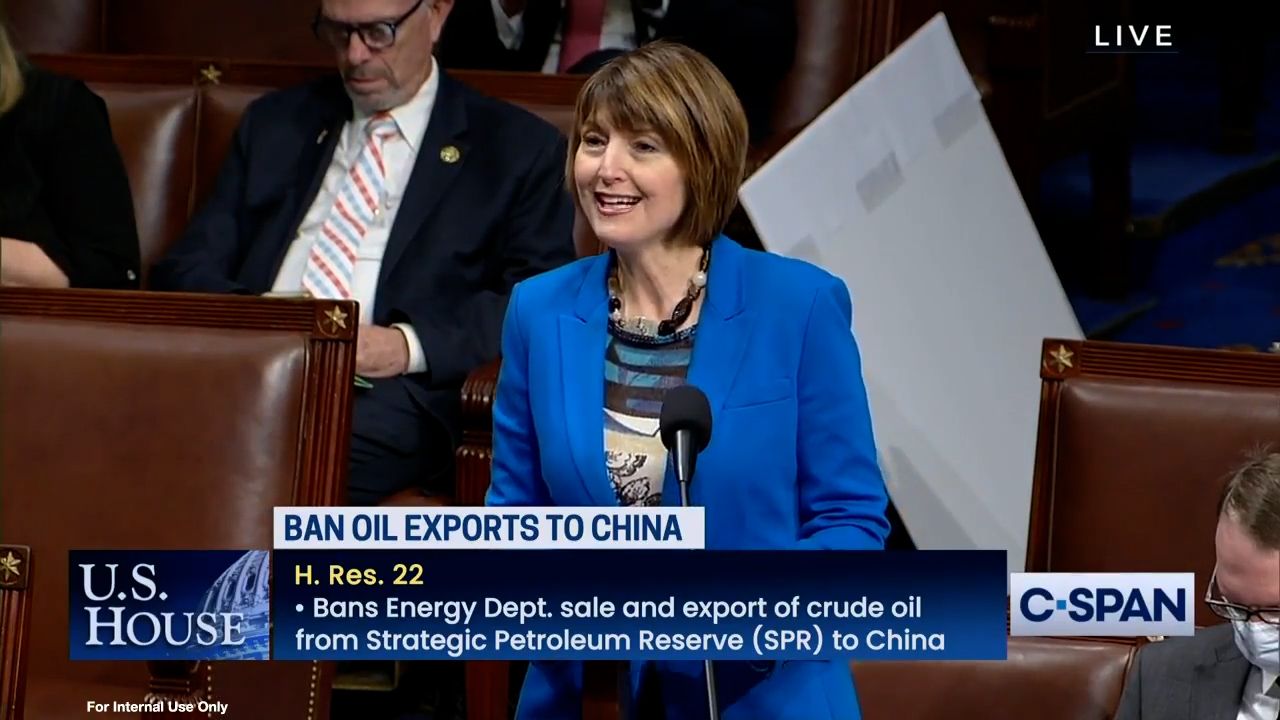 Below are highlights and excerpts from her remarks:

“America is suffering through the worst energy crisis in decades.

“President Biden and the Democrats’ radical ‘rush to green’ agenda is making life unaffordable for people across the country.

“It is driving record inflation, straining household budgets, and weakening our electric grid.

“Under President Biden and the Democrats' control of Congress, gas prices rose to the highest levels in history.

“Some were forced to pay more than $6 dollars per gallon. Gas prices are still 40% higher today and diesel prices are up almost $2 a gallon more than when President Biden took office.

“The federal government should not be in the business of picking winners and losers, especially when it makes us dangerously dependent on China for critical minerals, solar panels, and batteries to produce our own energy and electricity, and strengthens Russia and OPEC’s grip on world oil and gas markets.”

“Now, to cover up his failed policies driving our energy and inflation crisis, President Biden is draining our nation’s Strategic Petroleum Reserves at an alarming rate.

“America’s Strategic Petroleum Reserve – once the world’s largest stockpile – has been depleted to the lowest levels since 1983.

“President Biden released an unprecedented 250 million barrels of oil in less than two years, more than all former U.S. presidents in history combined.

“And we know much of that oil went to China because our refineries and pipelines are full. It has nowhere to go here.

“In April, the Biden administration sold a million barrels directly to a state-owned Chinese company.

“Millions more barrels went to overseas traders who eventually sent it to China.

“We also know that China is ramping up its purchases of crude oil from Russia and the U.S. to boost its own reserves.

“China now likely controls the world’s largest government-controlled stockpile of oil, with almost a billion barrels, at the expense of American taxpayers and our energy security.

“America’s SPR is meant for true energy supply disruptions, like those caused by hurricanes and natural disasters, not to help China.

“Draining our strategic reserves for political purposes and selling portions of it to China is a significant threat to our national security.

“The administration is not just hurting our own ability to respond to emergencies and national security events, they are actively bolstering the oil reserves of our most dangerous geopolitical adversary, the Chinese Communist Party (CCP).

“This is unacceptable and it must stop.

“I urge my colleagues to support this bill and prohibit the sale and export of SPR crude oil to China.

“H.R. 22 prevents the Secretary of Energy from selling any products from the SPR to any entity owned, under the control or influence of the CCP or selling to any other entity that intends to export to China.”

FLIP THE SWITCH ON AMERICAN ENERGY

“Enacting H.R. 22 and preventing the Biden administration from wasting our strategic reserves is the first step towards flipping the switch and unleashing American energy production.

“America has led the world in reducing carbon emissions and promoting innovation by utilizing our abundant, clean, affordable, and reliable energy.

“We can restore this leadership without sacrificing our energy security or making everyday life unaffordable for people.

“That starts by enacting smart, workable, all of the above strategies that build on this legacy by lowering costs and emissions across the country.

“Republicans support a level playing field with a balance of energy sources, but without handing the keys to our energy future over to the Chinese Communist Party.

“It’s time to cut the red tape and expand energy production here at home, modernize our infrastructure, invest in new technologies, and create new opportunities for jobs and economic development here at home.

“I look forward to passage of this bill today and I am eager to get to work with my colleagues on additional solutions to make energy cleaner, more affordable, and more reliable for all Americans.”