Republicans are hard at work on solutions to slow the fentanyl crisis that is wreaking havoc on our communities. With more than 71,000 Americans dying from a fentanyl or fentanyl-related substance in 2021, most of which has been smuggled in from Mexico, President Biden cannot continue our porous southern border. In a roundtable last week, E&C Republicans heard powerful testimony from the parents of a child lost to the epidemic, a former drug enforcement agent, and an emergency medicine physician.

House Energy and Commerce Republicans held a roundtable Wednesday on the fentanyl crisis in a potential preview of the committee’s focus on curbing the epidemic, Ben reports.

The roundtable with a former DEA official and an emergency medicine doctor included emotional testimony from Ray and Deb Cullen, who lost their 22-year-old son, Zachary, to fentanyl poisoning last year. Deb Cullen called for the crisis to be handled like Covid-19. Paul Knierim, former assistant administrator at DEA, warned of the fake pills’ danger. Lawmakers also pointed to issues at the southern border as a contributing factor.

The committee’s Republicans are expected to focus on addressing fentanyl’s role in the opioid crisis in the new Congress. That includes pushing tech companies like Snapchat and TikTok to crack down on fentanyl sales on their platform.

Republicans plan to introduce legislation that would classify fentanyl as a Schedule I drug, which would designate it as an illicit drug with a high risk for abuse and would increase punishment for those who sell it illegally.

Rep. Morgan Griffith, Virginia Republican, said he will reintroduce his signature bill, the HALT Fentanyl Act, which would permanently place fentanyl into the Schedule I category for drugs.

Mr. Griffith said he also wants to end the stigma around fentanyl that stereotypes its victims as irresponsible addicts. 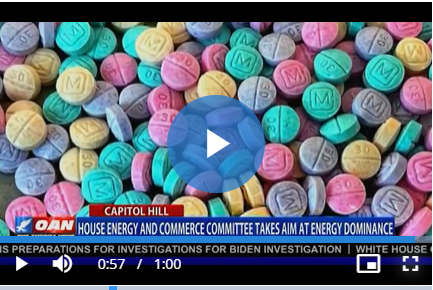 OAN’s Daniel Baldwin: “The GOP hosted a roundtable, specifically the Energy and Commerce Committee, yesterday to discuss the worsening fentanyl crisis with a focus on illegal drug smuggling across our southern border. The president just had a visit down to the southern border last weekend... he didn't mention fentanyl.”

Joyce, a physician, drew broad agreement from GOP leaders at the table that the Schedule I temporary designation of fentanyl-related substances should be made permanent. They felt greater penalties were needed when traffickers were caught to act as a deterrent to criminal activity.

“It should be a priority,” said Rep. Gus Bilirakis, R-Florida. “This is poison. It’s a weapon of mass destruction.

“I don’t know why they step away from this instead of moving forward,” said Rep. Brett Guthrie, R-Kentucky.

Rep. Bob Latta, R-Ohio, said it was virtually impossible to stop the movement of fentanyl without securing the southern border, something the Biden administration refused to do.

“Congressman John Joyce led a roundtable discussion yesterday concerning the ongoing fentanyl crisis. For Americans between the ages of 18 and 48, the crisis has become the leading cause of death.”

“This problem touches every district in our country, and it’s critical that we on the Energy and Commerce Committee work to find a solution,” said Joyce. “For over a year, Republicans have been trying to permanently ban fentanyl related substances by labeling them as schedule one narcotics. This designation will help give law enforcement the tools and resources they need to stop the drug traffickers that are killing American citizens without remorse.”

“This problem touches every district in our country, and it’s critical that we on the Energy and Commerce Committee work to find a solution,” Congressman Joyce said. “For over a year, Republicans have been trying to permanently ban fentanyl related substances by labeling them as schedule one narcotics. This designation will help give law enforcement the tools and resources they need to stop the drug traffickers that are killing American citizens without remorse.”

The roundtable was the first step in the legislative process as lawmakers look to pass legislation to permanently label fentanyl analogs as Schedule 1 narcotics under the Controlled Substances Act.

Joyce was joined by the parents of a man from Shippensburg, who died recently from ingesting fentanyl, as he chaired a roundtable discussion among Republicans on the House Committee on Energy and Commerce about fentanyl. 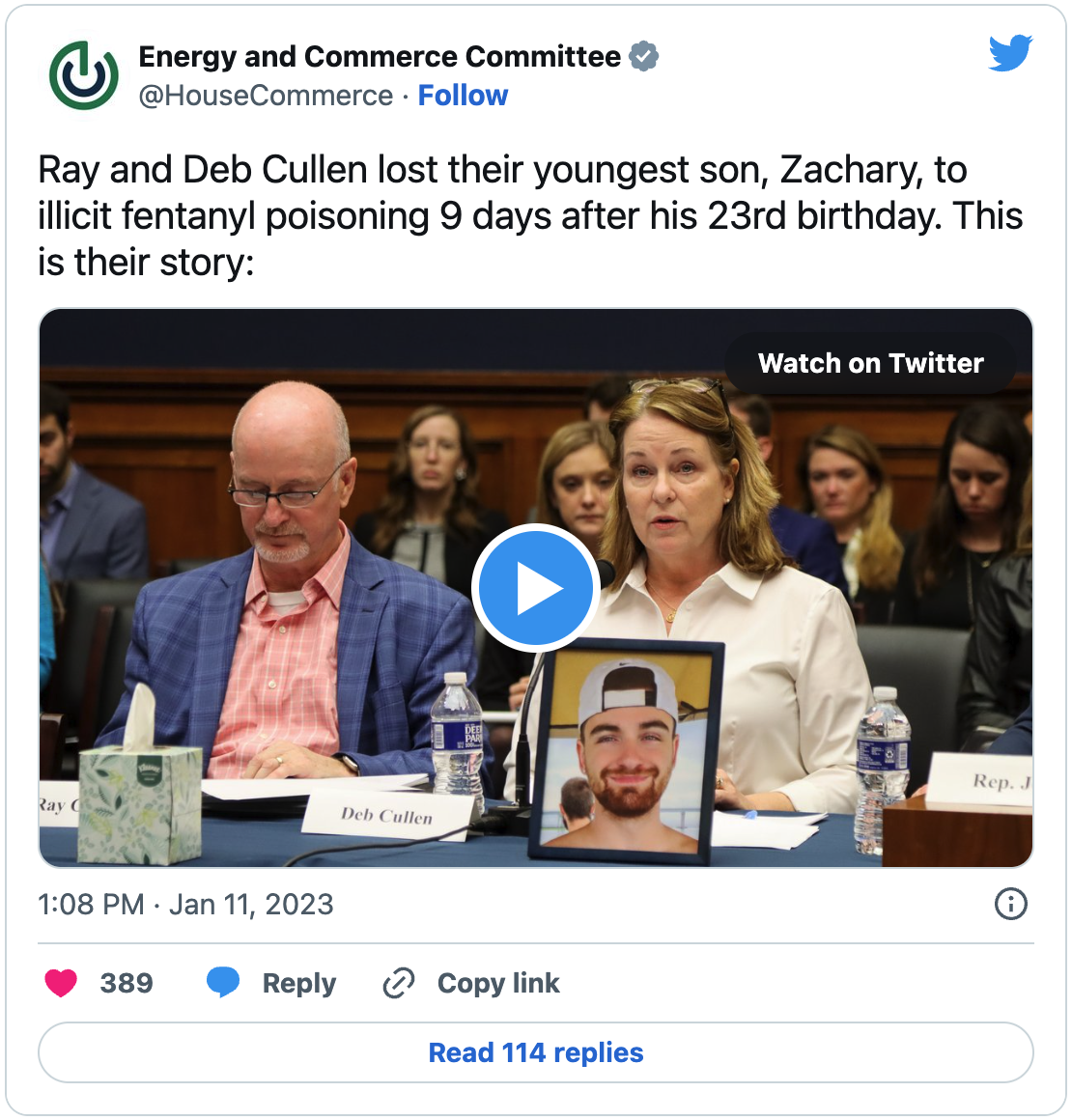 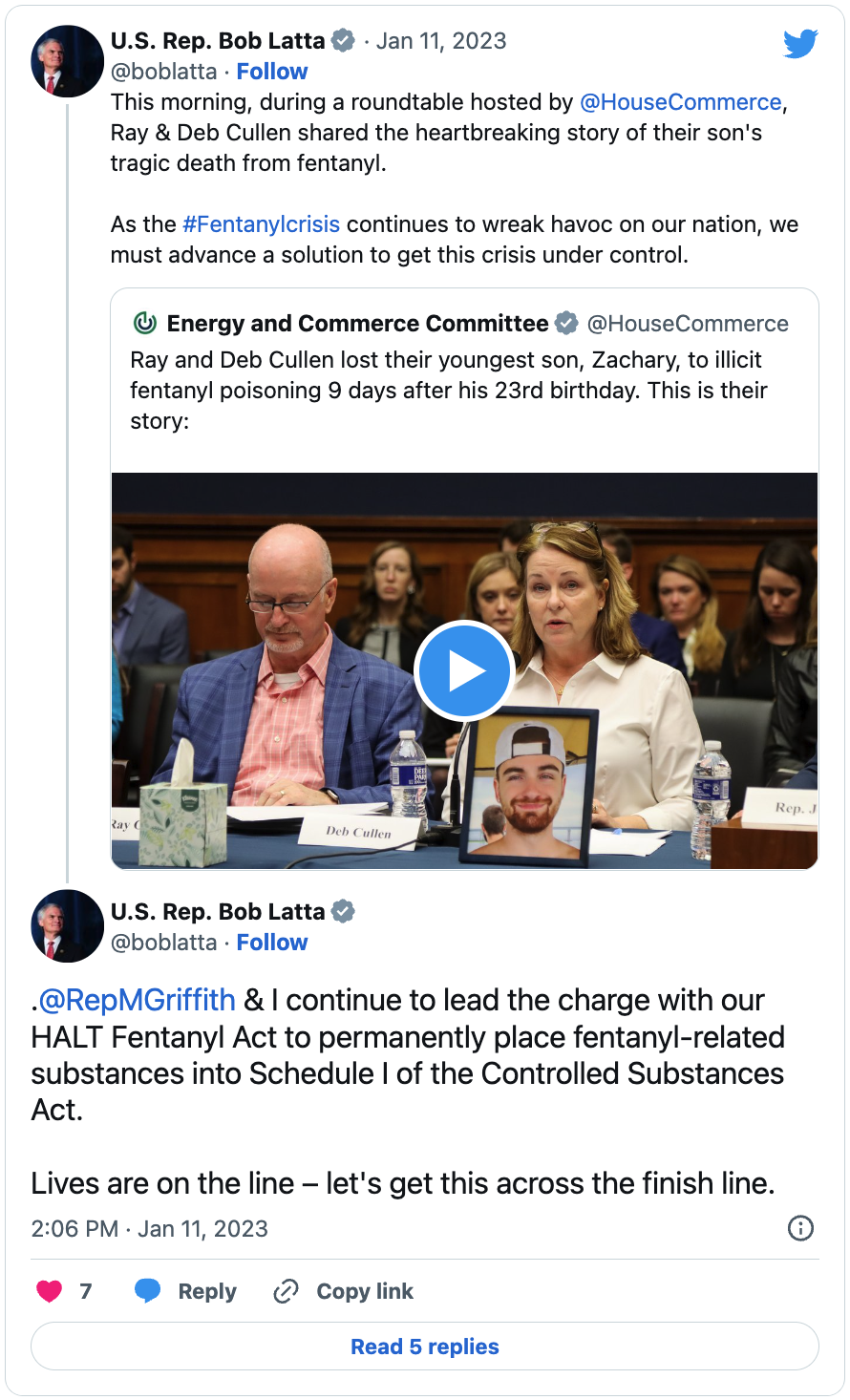 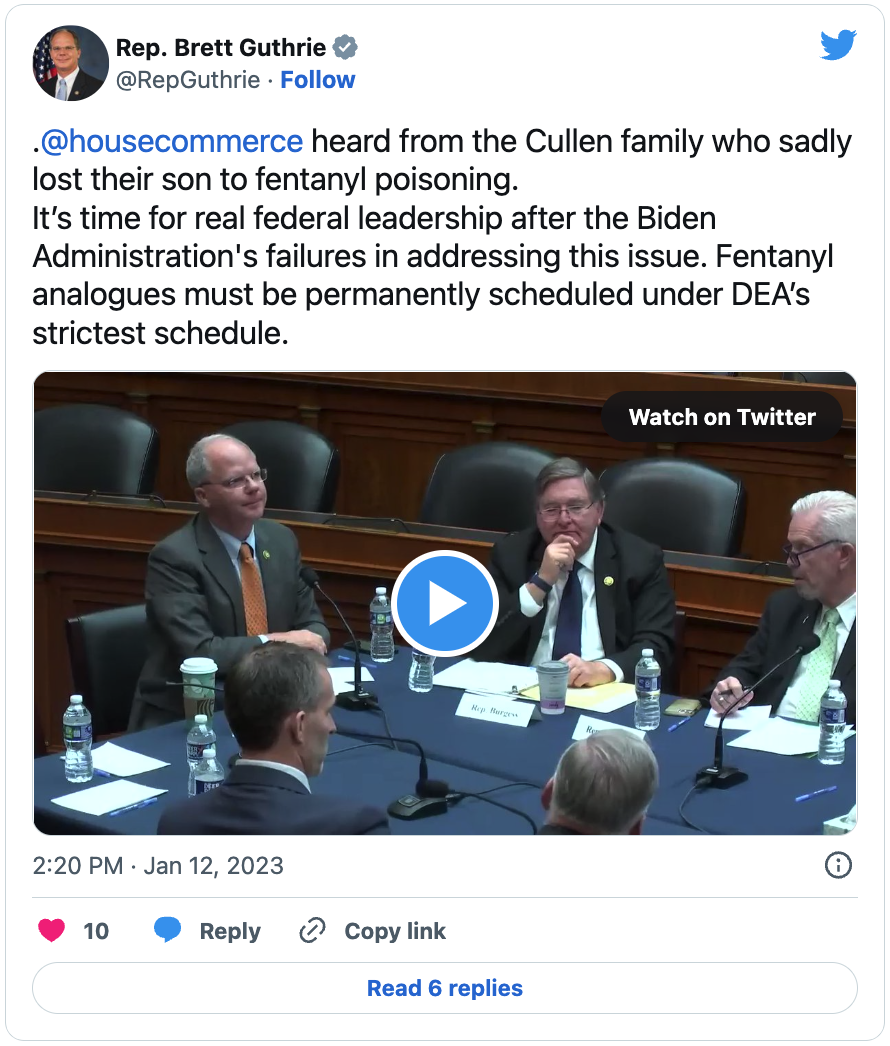 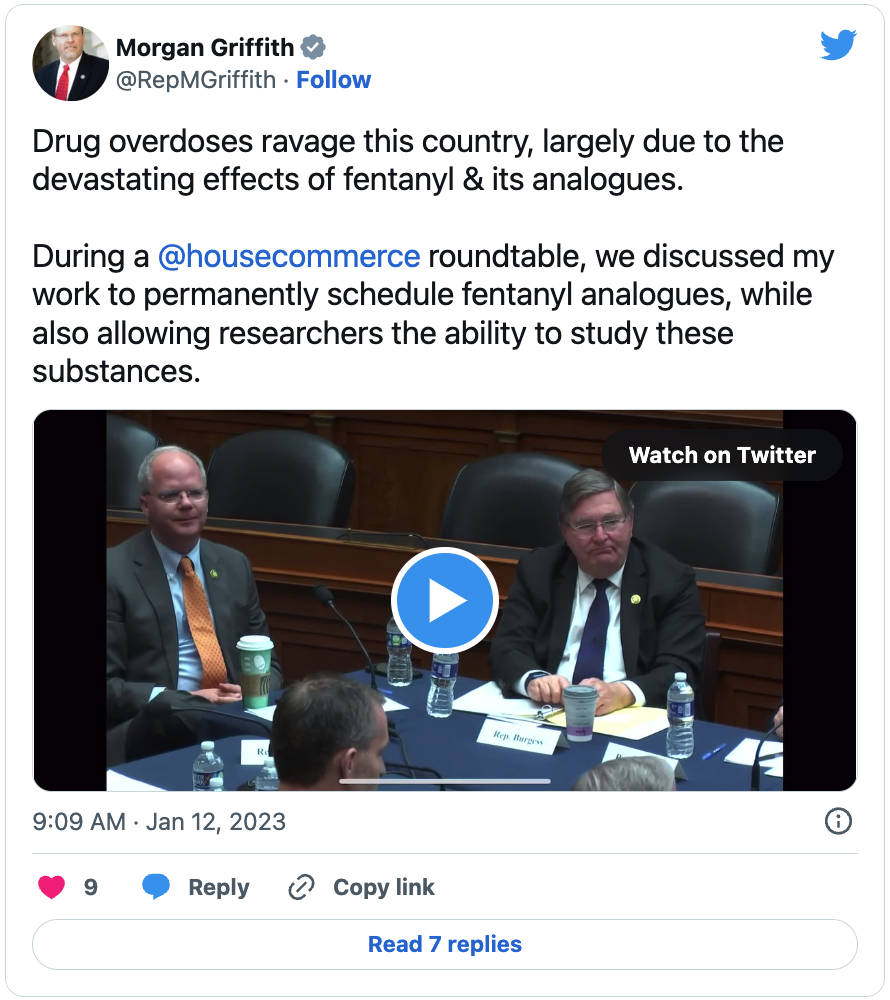 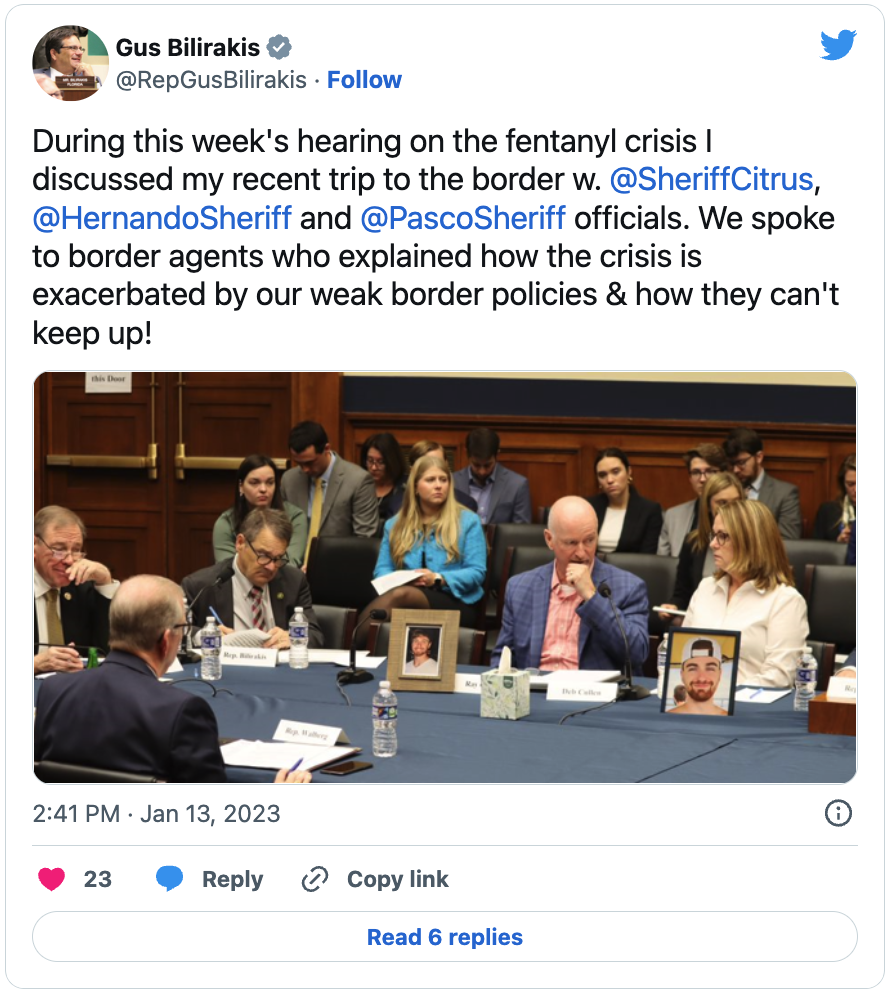 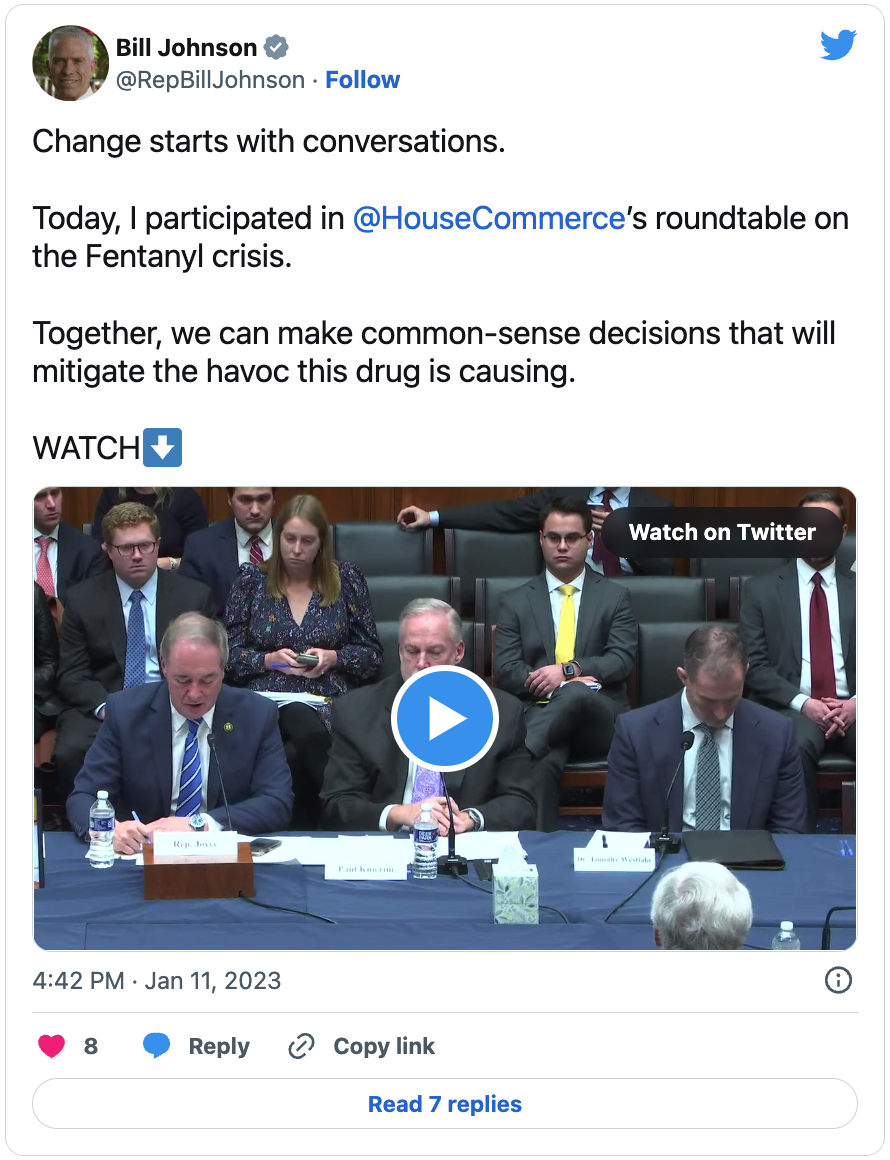 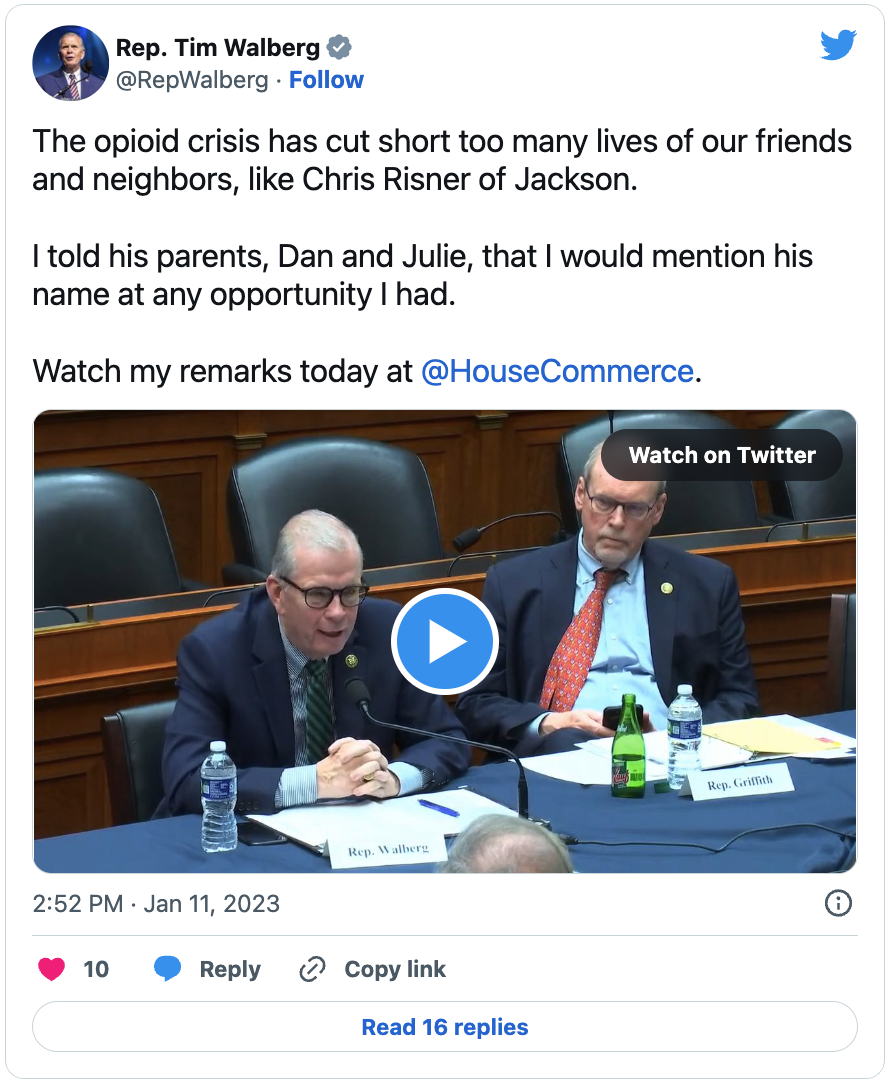